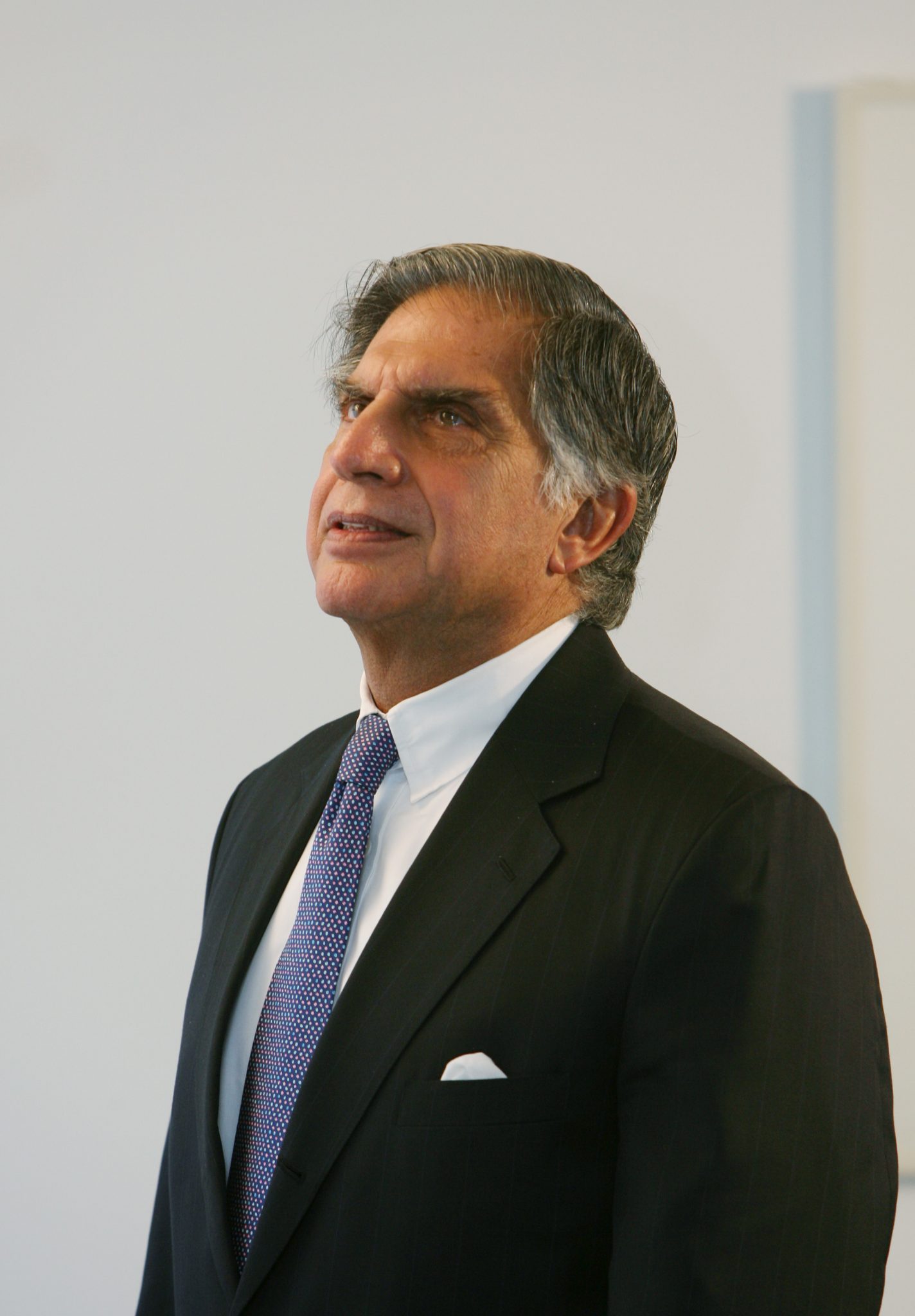 HarperCollins today announced that it has acquired rights to publish the authorized biography of legendary business figure Ratan N. Tata, who is counted among the most influential and inspirational leaders in the world. Ratan N. Tata: The Authorized Biography by Dr. Thomas Mathew will be published globally by HarperCollins in all formats in November 2022.

Ratan Tata’s story is that of a man who overcame extraordinary travails and whose compassion took priority over business compulsions, uniquely achieving both goals. As the head of India’s oldest and largest business house, his story also encapsulates the narrative of India’s growing ambitions on the world stage and rising clout in the last few decades.

Ratan Tata turned the Tata conglomerate into a glob of this book will be a global publishing event of significance!’al colossus, daring to acquire the marquee brands of Tetley Tea, Jaguar Land Rover and Corus Steel, among others. Today, the group is India’s most valuable brand and amongst the most respected worldwide, with a market capitalization of over $250 billion that employs over 750,000 people – who make cars, blend tea, write software, among much else – across 100 countries. 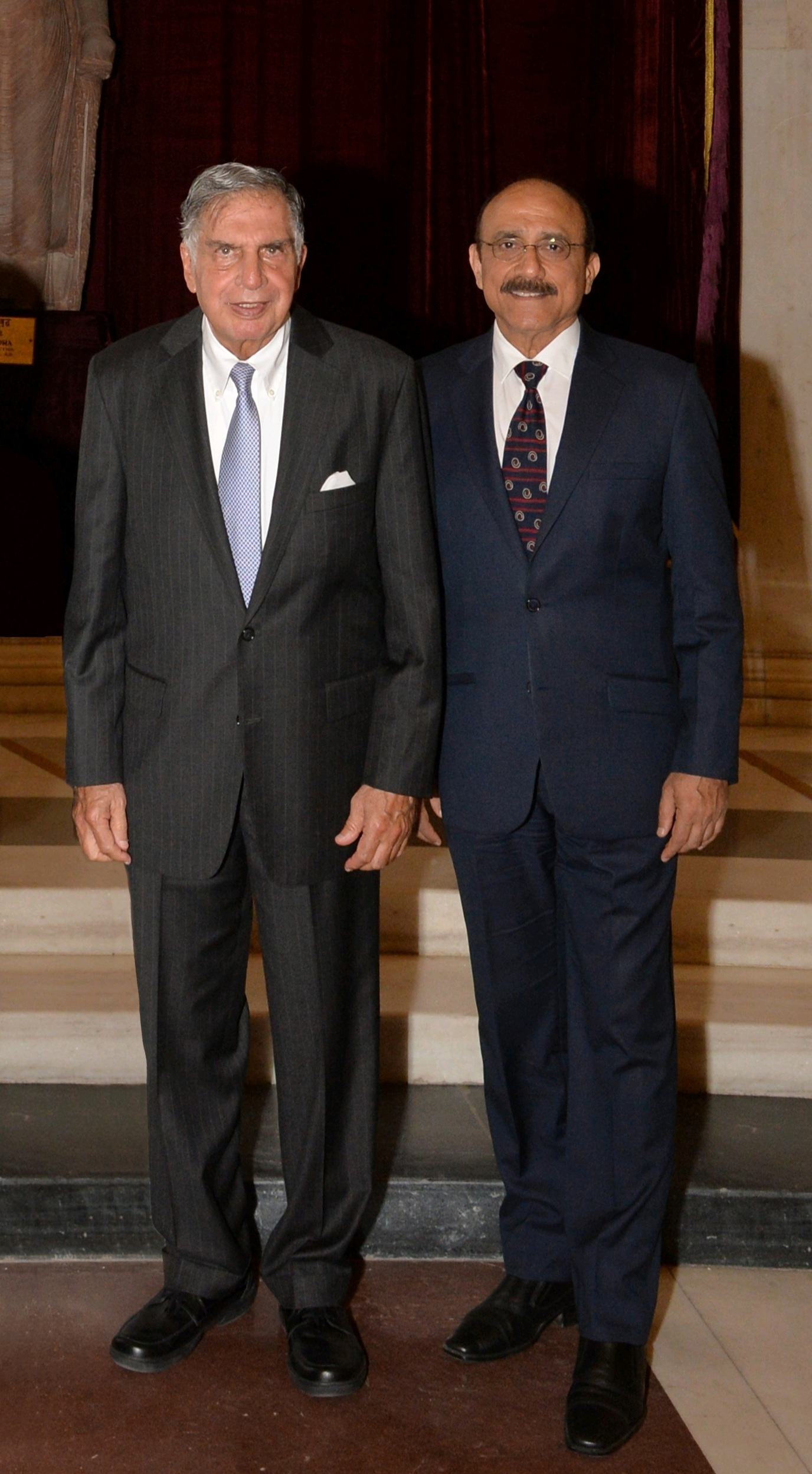 During his momentous tenure, Ratan Tata transformed the Tata Group from a collection of disparate companies into a unified powerhouse. Today, it is one of the world’s largest business conglomerates and is greatly admired for its compassionate capitalism and trusteeship model of holding wealth.

Dr. Mathew’s comprehensive account of Ratan Tata’s life includes unknown details and fascinating stories from his formative years, the time he spent in America as a student, his return to India and his early tenure with the Tata Group. It leads up to the inspiring and engaging documentation of Mr Tata’s business strategies, leadership vision and personal integrity that have shaped the Group.

With inputs from a variety of interviewees – from the likes of former US Secretary of State Henry Kissinger to Karuna, the janitor at GT Hospital, Mumbai – this is the only comprehensive, definitive and authorized account of Mr Tata’s life and times, his struggles and his important contributions to contemporary India. What emerges is the story of a private individual, a great industrialist and a remarkable leader who steadfastly believes, above all, in the values that he inherited, and who spent his life in the service of his fellow humans and a fledgling nation.

Speaking on the acquisition,

Ananth Padmanabhan, Chief Executive Officer of HarperCollins India, said: ‘We are absolutely delighted to be publishing the authorized biography of Mr Ratan Tata. It’s a remarkable book on the life of an inspirational, influential and transformative personality, someone whose words and actions have changed the world around us. With unprecedented access to Mr Tata’s personal and professional life, Dr. Mathew paints a fascinating portrait of a man whose unwavering resolve to do the right thing has transformed many facets of independent India, more than any other individual or organization has. We can’t wait to publish the book in multiple formats and languages, across geographies. The publication of this book will be a global publishing event of significance!’

Udayan Mitra, Executive Publisher, HarperCollins India, added: ‘I grew up trusting in the Tatas, as I suspect generations before mine did, and as future generations will.

And behind the Tata brand that we all know is the vision of one incredible individual. Dr. Mathew’s wonderful, comprehensive biography explores the professional and private life of Ratan Tata, a man everyone respects but wouldn’t fully know if it weren’t for this book. And it celebrates his legacy: a legacy that every Indian can be truly proud of. It’s a matter of great personal pride and privilege for me to be associated with this remarkable biography, and to be able to bring this definitive and inspiring story to readers. This is quite simply the most important biography to be published in independent India.’

Arabella Pike, Publishing Director, William Collins, said: ‘We could not be more thrilled and proud to be working with Mr Ratan Tata and Dr. Thomas Mathew, and with HarperCollins India, on what I know will be a fascinating book. I look forward to publishing the definitive biography of Ratan Tata under one of the oldest and most respected publishing imprints in the world – William Collins – and helping readers throughout the UK and Europe, Australia and New Zealand discover the true story of Mr Tata’s extraordinary life and his many achievements in the industry, business and philanthropy.’

Jamie Lockard, Vice President and Publisher, Harper Leadership, said: ‘HarperCollins Leadership is excited for the opportunity to share Mr Tata’s story of his remarkable career across many continents, businesses and people with readers in the US. His rich history and the indelible lessons of leadership, innovation, brand-building, and cultivating passionate associates and consumers are central to what we do best.’

The author of the book, Dr. Thomas Mathew, added: ‘Over the last four decades, I have had the opportunity to closely observe and interact with the Indian corporate ecosystem and in the later years with Mr Ratan Tata and the Tata Group, in particular. So, when I got the opportunity to write the story of the man whose name instantly evokes intense admiration, bordering on adulation, among people across the world, I had no doubt that it would be far and away an exciting yet daunting task.

‘As part of the research, I benefitted from unprecedented access to the records of the conglomerate, the trusts that control it as well as Mr Tata’s personal documents, letters and journals. I also enjoyed virtually unfettered access to Mr Tata himself, who narrated his life story in a tell-all fashion. The research also took me across continents following Ratan Tata’s journey, interviewing those who were involved in it, those who influenced him and those whose lives he had touched.

‘My literary agent, Anish Chandy, has done a creditable job of putting together this global publishing deal by selecting HarperCollins.

‘I hope readers find the extraordinary and inspiring life journey of Mr Tata as gripping as I did while putting this book together.’ 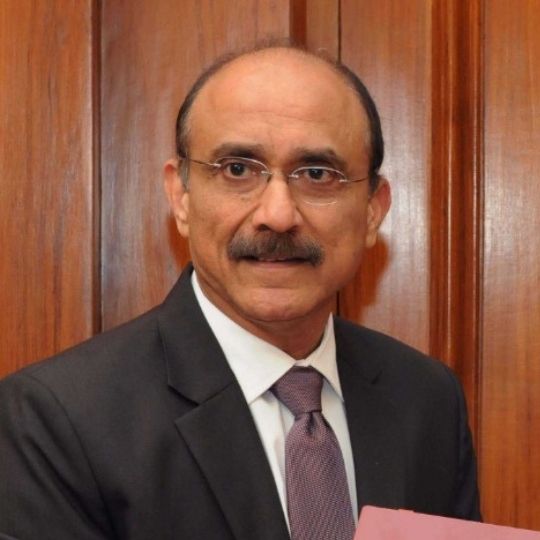 Dr. Thomas Mathew (https://thomasmathew.com) is a retired career bureaucrat belonging to the 1983 batch of the Indian Administrative Service. With a passion for writing, he has several publications to his credit, including four books – In Search of Congruence: India-US Relations under the Obama Administration (edited and contributed to its lead chapter), The Winged Wonders of Rashtrapati Bhavan and Abode Under the Dome. He regularly writes opinion pieces for leading dailies.

Dr. Mathew holds a PhD degree from Jawaharlal Nehru University, New Delhi, and is a Bachelor of Law from Delhi University. He has worked in key roles in the Ministries of Finance, Defence and Industry, amongst others. He subsequently served as Additional Secretary to President of India Pranab Mukherjee.

Dr. Mathew met Ratan Tata in a professional capacity about three decades ago. They continued their interactions due to their shared interests. In 2018, Dr. Mathew began work on the biography of Ratan Tata.

Now retired, he serves on the board of several companies and is consulted on corporate matters. He lives in Gurugram, pursuing his passion of writing, nature conservation and photography.

HarperCollins Publishers is the second largest consumer book publisher in the world, with operations in 17 countries. With 200 years of history and more than 120 branded imprints around the world, HarperCollins publishes approximately 10,000 new books every year in 16 languages, and has a print and digital catalogue of more than 200,000 titles. Writing across dozens of genres, HarperCollins authors include winners of the Nobel Prize, the Pulitzer Prize, the National Book Award, the Newbery and Caldecott Medals and the Man Booker Prize. HarperCollins, headquartered in New York, is a subsidiary of News Corp (Nasdaq: NWS, NWSA; ASX: NWS, NWSLV) and can be visited online at corporate.HC.com.